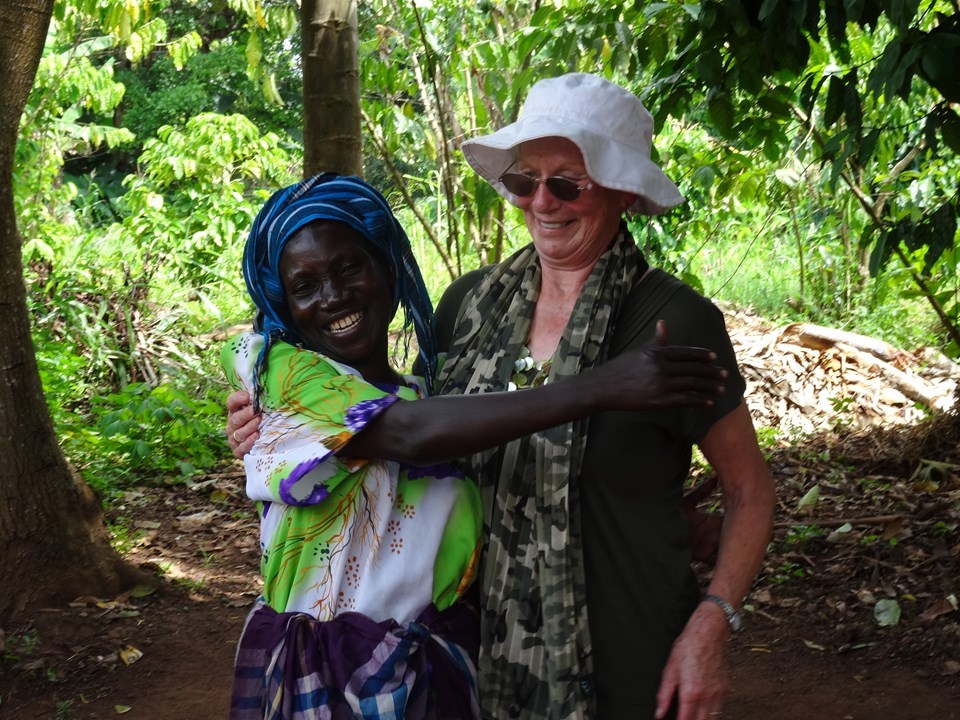 Wendy Martin became a Send a Cow Ambassador in 2004. We have a network of Ambassadors up and down the country, who volunteer their time to spread the word of Send a Cow.

What is your role as an ambassador?

I got involved when I retired in 2004 and did an afternoon training session with David Turner and Jane Beynon in my home. With their encouragement, I became involved with stands at the Royal Show, garden shows, and giving talks to Women's Institute groups, Rotary Clubs and the University of the Third Age. I am now East Midlands Coordinator.

What is your favourite thing about your role?

Meeting new people when I do talks and events, catching up with old friends at Workshop Weekends and spreading the word about Send a Cow.

Could you tell me about your best event?

I loved being involved in planting and helping on the stands at Hampton Court and Gardeners World Live at the National Exhibition Centre. I found them incredibly exciting.

What are your most memorable moments from visiting country projects?

I have been very fortunate to be able to go on 5 study tours so far. My abiding memories are of two people I met in Northern Uganda:

Proscovia was a young woman who was abducted by the Lord's Resistance Army as a child bride, and she told us of her horrific experiences. She is now a successful business woman with solar panels and farming skills, a very determined lady!

Joel was abducted as a boy soldier, and lived in the bush for several years, where he was forced into committing atrocities. After being rescued he married the girl he had been partnered with in the bush, they now have a young family, and won the “Send a Cow Farmer of the Year" competition as part of our 25th anniversary celebrations. He is now a successful peer farmer - an incredible story.

How would you describe Send a Cow in three words?

Find out more about our Ambassadors