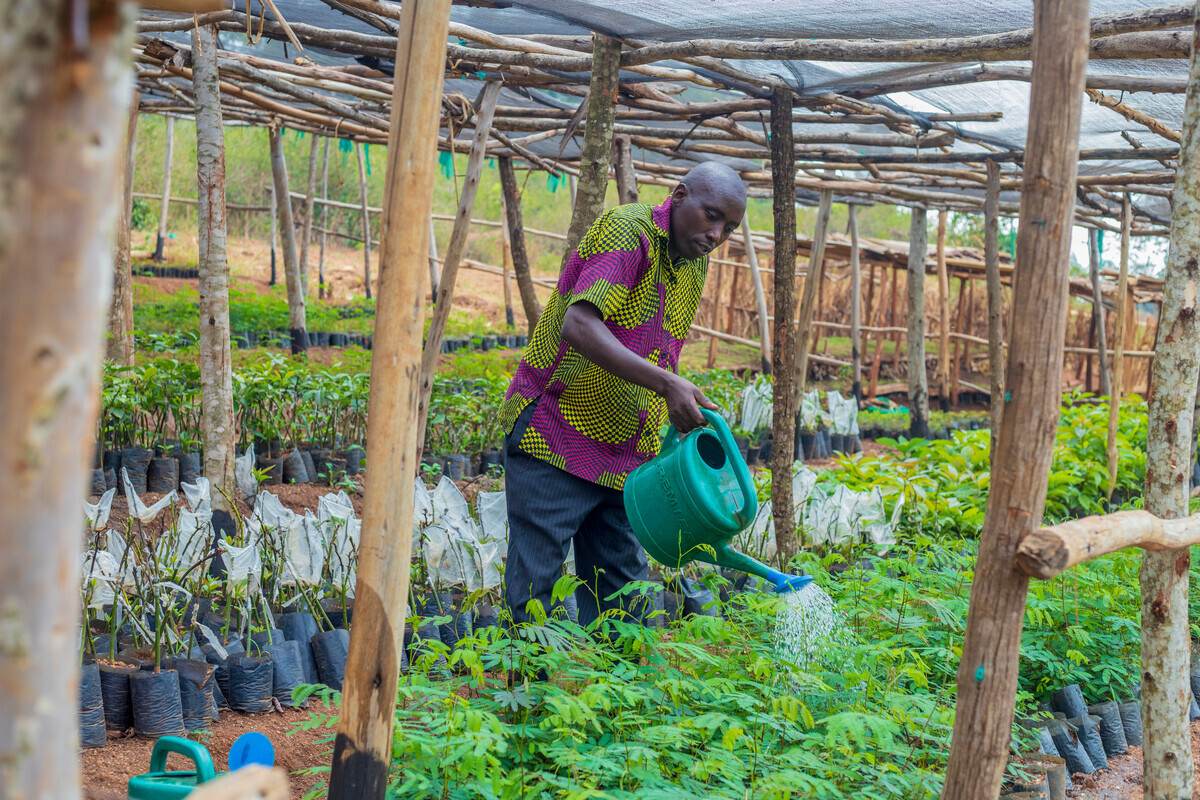 The impact of the climate crisis on African farmers' lives

Figures from the World Bank indicate that if global temperatures rise more than 1.5°C (compared to pre-industrial times), 40-80% of productive land around the world will be lost.

Gaspard Nzabamwita and his family, who live in the Bugesera district of eastern Rwanda, are already experiencing crop failures due to the climate crisis. The area is fairly dry, compared with the rest of Rwanda, but is still suitable for growing a variety of crops. But weather changes have disrupted seasons, increased the impacts of pests and reduced rainfall overall.

Gaspard is seeing his traditional crops drying up:

“This region is suitable for bananas but our bananas were also affected and we didn't get any for home consumption. Even our sweet potatoes were affected. We got nothing due to the climate crisis. All of this caused our family to go hungry.”

Send a Cow's climate-positive agriculture principles help to regenerate land and protect the natural environment while producing crops. But the challenges that rural families all over East Africa are facing are increasing.

The effects of erratic rainfall and drought

The effects of the climate crisis are not just in the “climate shocks” of dramatic droughts or flooding that make headline news, but in the increasingly unpredictable weather patterns that make it very difficult for hardworking farmers to plan when to plant, and when they can harvest.

In Ethiopia, farmer Dessie Ebre and her family of four live in the Elsa Kebele of Kutaber District. When Send a Cow’s project leaders visited her to hear her story, the area was looking very arid.

Surrounding farmland had been ploughed by farmers, ready for planting, but they were waiting for rain before committing their seeds and seedlings to the soil – not knowing when it would arrive. And meanwhile the turned soil was drying out.

If they have enough rainfall, Dessie’s small plot of land provides for her family. But otherwise:

“If the crop fails, I take loan from Amhara Saving and Credit to save my children... My children don't get the food they need. We used to have wheat and oat, so, my children ate fine until 10 years of age. We even shared food with children in the village and lived a social life. Now, when we can, they just eat Injera (flatbread) and Shiro (chickpea or broad bean stew) for breakfast, lunch and dinner.”

Dessie explains that the changes in climate that she has seen have been on the short rains, known as the Belg in Ethiopia. These rains used to arrive in January, which helped keep crops alive through to May or June when they were ready to harvest.

When we spoke to her, it was March 2020, and the rains still hadn't started. Dessie says:

“In the past, the main rainy season began by June. Now the rains don't come until after mid-July. By then there will be too much rain and we miss the cropping season. Frost keeps destroying our wheat after cropping and weeding. It has become too cold to produce wheat and bean. Frost destroys flowering potato.”

Her assessment is quite clear: “Climate change is killing us."