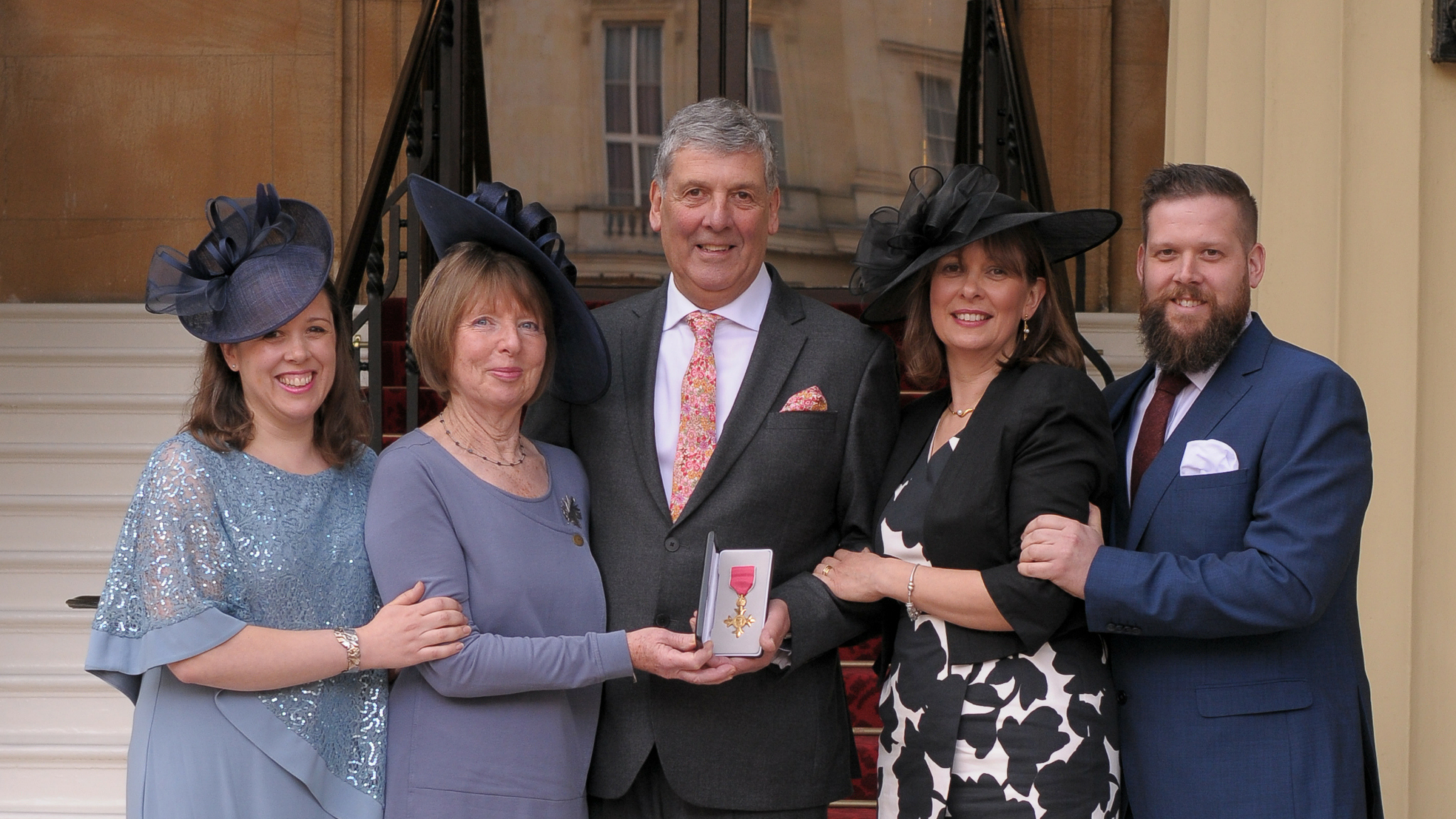 Congratulations to David Bragg who received his award as an Officer of the Order of the British Empire last week.

David was awarded an OBE in recognition of his contribution to Send a Cow which he helped found in 1988 while he was a dairy farmer in Devon. Outraged at EU milk quotas, which were forcing them to slaughter healthy dairy cows, and in response to an appeal from Uganda for milk, David embarked on a project, which was set to become an innovative and practical charity.

David was joined by his family for the ceremony at Buckingham Palace as he accepted his Investiture medal from the Duke of Cambridge.

“What had seemed surreal became very real as the Duke of Cambridge pinned the OBE to my lapel and we chatted about Send a Cow and my involvement as founder and supporter. Wonderful recognition of so many people’s hard work and initiative in tackling poverty in Africa and deeply honouring for me. A never to be forgotten moment.”

David Bragg Officer of the Order of the British Empire

After setting up the charity, David became Programme Manager for 13 years, overseeing our projects in Uganda, Rwanda, Ethiopia and Kenya. Today, he is still heavily involved as a volunteer Ambassador, raising funds and spreading awareness of our work across the UK. He has been an instrumental figure in Send a Cow’s history and we’re thrilled that his hard work and commitment has been recognised.

David was driven by a strong belief that we can help people and make a real difference to those living in extreme poverty in Africa. Although this project required an incredible amount of time and effort – work that he took on beyond his working farm and family life - without David’s vision and determination thousands of families who have been helped may still be struggling today.

Today, David is still heavily involved as a volunteer Ambassador, raising funds and spreading awareness of the charity’s work across the UK, and beyond.

Find out more about the history of Send a Cow