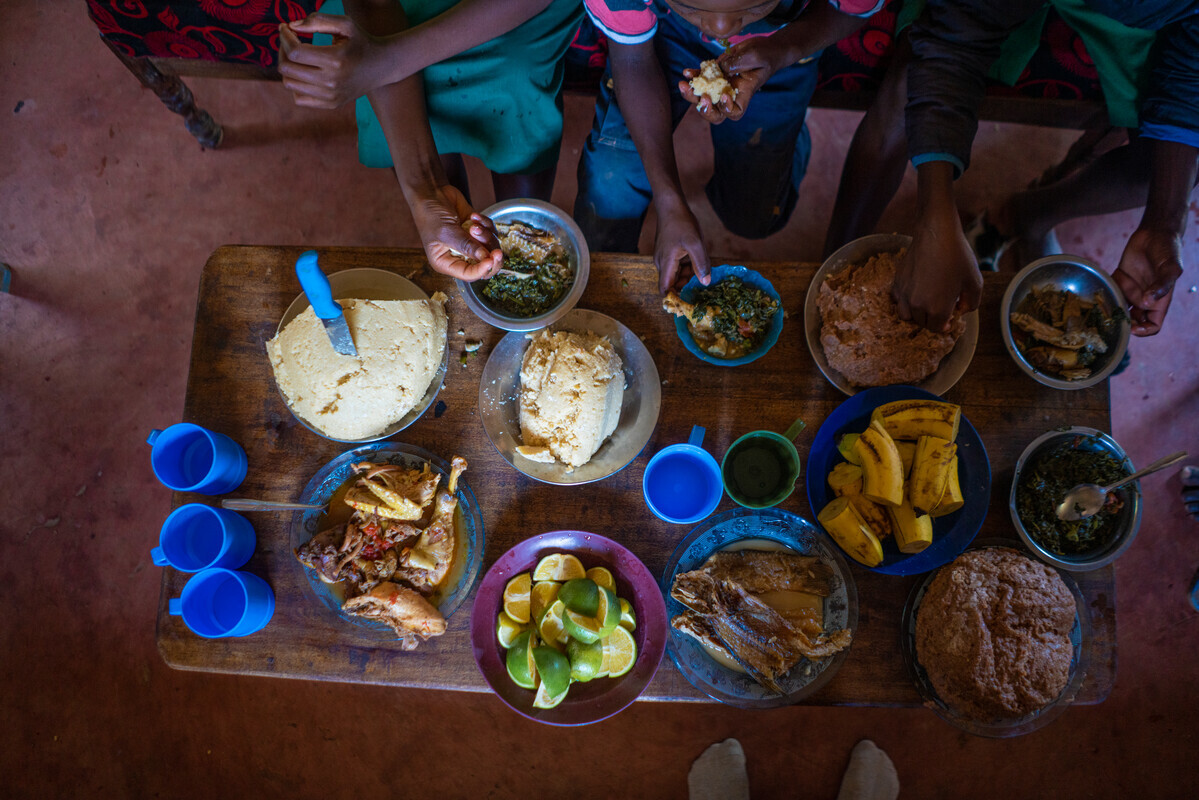 Learning to farm her land has changed Caroline's life 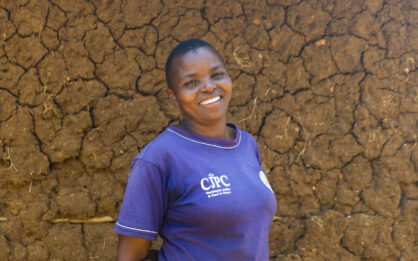 “I am sure if I had not partnered with Send a Cow I could have lost other children because the small one who died, died because of malnutrition.”

Caroline lives in the small village of Alupe, in Western Kenya. She has been working with Send a Cow for the last three years, as part of a project funded by the Mother & Child Appeal in 2018. She is one of 11576 people who have been directly supported by the appeal and UK Aid match funding to lift themselves out of poverty.

Before working with Send a Cow, Caroline’s land, although big, was covered in unproductive shrubs that did little for her except ‘harbouring snakes’. Without knowledge of how to farm sustainably, the staple bean crops she planted would often fail, leaving her with no choice but to beg for food from her neighbours.

She describes the effect this had on her self-esteem as a young woman:

Before working with Send a Cow, most of Caroline’s land was covered in unproductive shrubs that did little for her except ‘harbouring snakes’. With little knowledge of how to farm sustainably, the staple bean crops she planted would often fail, leaving her with no choice but to beg for food from her neighbours.

She describes how this made her feel:

“I used to sit, go round the village begging and sometimes farming for people…I used to be one of the vulnerable compared to others. I was young, but I felt very weak… My neighbours could not trust me with their money.”

With money as a constant stress, Caroline’s relationship with her husband and the father of her children was tense. She describes how he would not share his money with her or the children, so she would steal it from him to pay for transport home to her parent’s house.

“My occasional trips back home [to my parent’s] were to get food… I did not want to starve.”

The weather in Western Kenya is becoming steadily more erratic due to the climate crisis, pushing many mothers like Caroline further into poverty. Heavy rains are not uncommon, and have decimated Caroline’s yellow bean crop in the past, cutting her harvest by two thirds. Last year, the drought was so severe during the planting season that she would walk for an hour to her local water point, arriving by 9am and not making it home till 5pm.

However, with training and support from Send a Cow, Caroline has overcome significant challenges in her life. Today she stands proudly in a field brimming with nutritious crops, which was once covered in unproductive shrubs. She and her husband share responsibility for making decisions, their money and chores. Her children also help her on the farm alongside their school work, helping them to become independent adults.

As part of the Improving Nutrition in Western Kenya project, Caroline has learned techniques such as mulching and composting, meaning she can steer clear of expensive and environmentally damaging fertilisers. These chemicals, whilst improving yields short term, degrade soil quality year on year, ultimately leaving farmers worse off. They can also pollute local water sources.

Nature-based solutions such as companion planting and a keyhole garden have helped her to increase farm yields and protect natural her natural resources. Companion planting can reduce pests and restore soil health, which in turn acts as a carbon sink and produces more, nutritious, vegetables. Keyhole gardens conserve water and use home-made compost to fertilise plants.

For mothers like Caroline, being able to escape from the cycle of poverty has given her a fresh perspective. She now has hope for her future, and her children’s, in farming.

“My hope for myself and my family is to live a good life, to be a role model to other families so that people can say that I want my life to be like Caro. Those who saw me 3 years ago can attest to the transformation.”

It’s not just mothers who have benefitted from this project. Henry is a grandfather, who lives on his small farm with his children. He joined a Self-Help Group for women with disabilities three years ago and thanks to Send a Cow training & support, now has a thriving farm and improved home.

Through sales from his bananas, he has kept his children in school & is supporting two through university. As a disabled man, adaptions have meant that he is no longer held back from providing for his family, and being a valued & loved member of the community.

Mother and child project: the facts

We supported 4,800 families, or 23,000 people, through an intensive face-to-face training programme.

In addition to this, a further 11,576 families, or 55,500 people, engaged with the project through radio broadcasts, community volunteer support and copying new techniques adopted by participants from the main training programme.

This brings the total figure to a whopping 78,500 people. All thanks to you!

With thanks to the UK government funding for matching donations to the Mother and Child Appeal, and making this project possible.