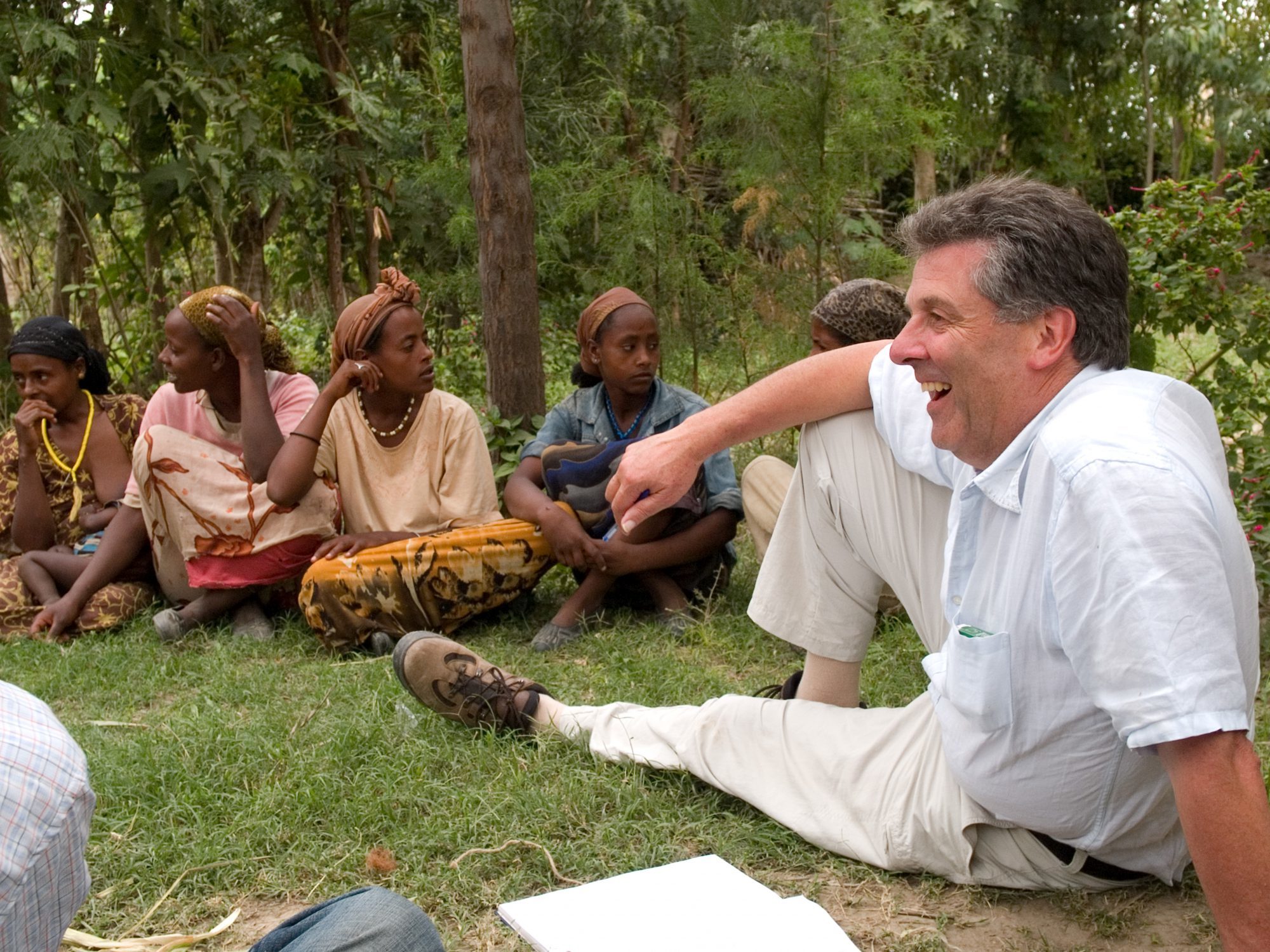 David is one of the two original founding farmers for Send a Cow. He had the idea of sending cows to Africa a couple of years before actual plans proceeded in the beginning of Send a Cow.

It's a grand idea, putting cows on a plane to Uganda. Did it seem eccentric or far-fetched at the time?

No, but I knew that breeding stock was being flown around the world anyway. So not at all eccentric, it seemed to make a lot of sense. What drove the whole process idea was the idea of not giving people money, emergency aid, or milk powder, but providing actual milk.

Did you fly with the cows?

I flew twice with cattle. We sat on the front three seats and that's all there was. We ended up smelling of livestock but so be it, we were farmers, that's what we smelled like normally.

Some people can be quite cynical that poverty can be addressed in anyway, what do you say to those people?

I can understand why people can have an increasingly sceptical and often cynical view of that. I do question if some development is creating dependency. Initial aid is definitely needed, otherwise people will die. But after that, what is there that we can do to help people become self-sufficient? The exciting thing about Send a Cow is we have an example of how that can happen in rural communities. It becomes very purposeful.

When you see Send a Cow 30 years on now, how does that make you feel?

Humble; being a apart of something that I never anticipated I could have been part of. Also proud; I don't think they're contradictory. As I look back over my life it becomes extremely worthwhile.

Could you ever have imagined the enormity of seeds you were sowing?

No, I think if we had imagined that, we may not have started it because it would have been too daunting. When I went the second time in 1995, I was asked to see a cow that had come from my farm. A cow called Gracie; quite an applicable name really.

I was blown away by the change that had taken place to my family's life. My wife and I had been talking about what our future would be on the farm, thinking about selling cows in order to make time to be able to contribute to life outside of farming as well as farm. I was absolutely convinced that that was what I had to do when I got back