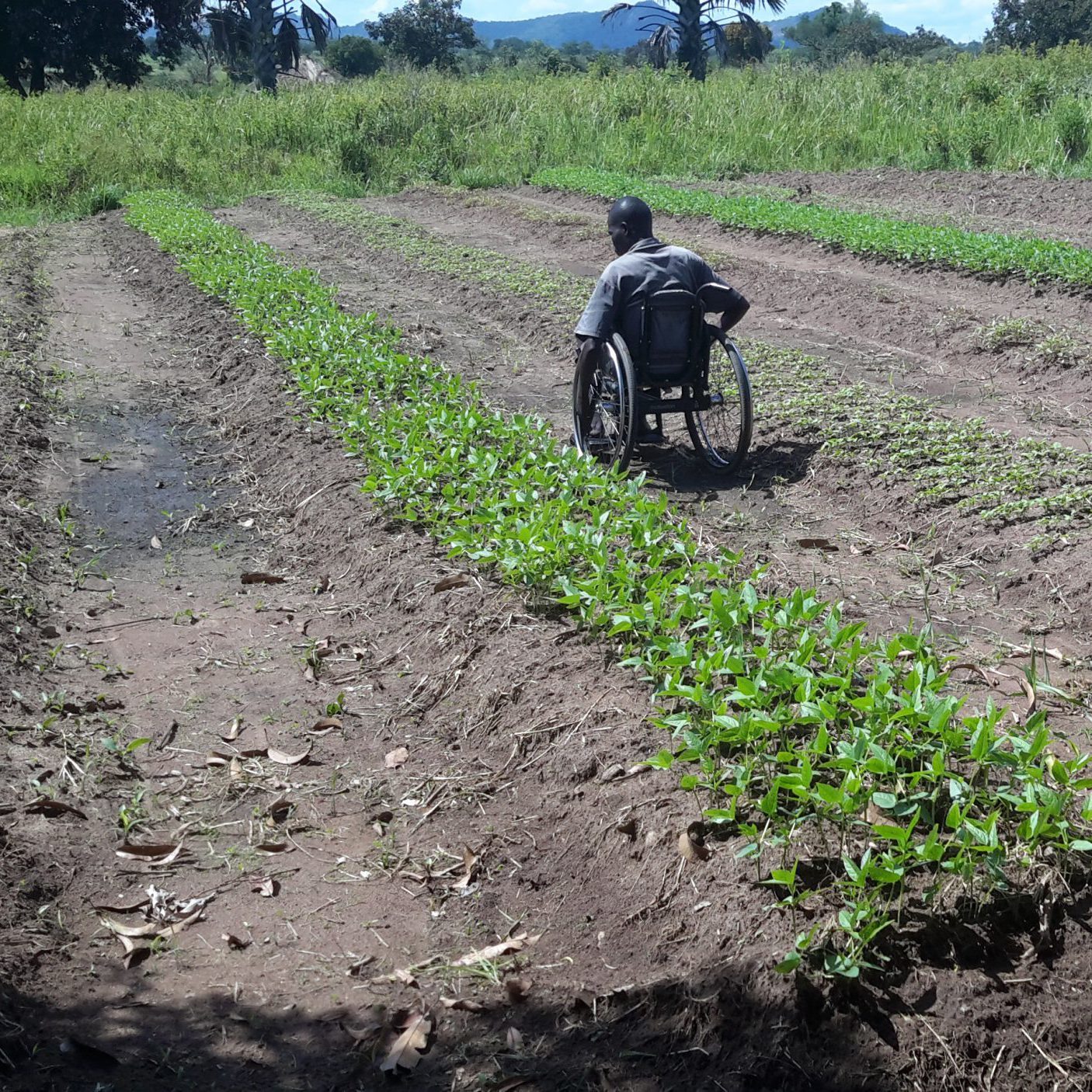 “Big Lottery and Send a Cow have restored my hope”

10 years ago, Francis Nyeko (42) was left devastated after his wife left him because of his disability (amongst other reasons.)

The couple had four children and Francis was worried that he wouldn't be able to care for them. The family had also just returned from an Internally Displaced Camp due to the war insurgency caused by Joseph Kony’s Lord’s Resistance Army rebel group.

One year ago we started work in Pabbo Sub County, Amuru District in Northern Uganda, in partnership with National Union of Women with Disabilities of Uganda (NUWODU) and with support from Big Lottery Fund. We began The Amuru Disability Mainstreaming Project (ADIMAP), supporting vulnerable communities that were affected by war and specifically people with disabilities such as Nyeko.

Communities have since been supported with start-up seeds to grow vegetable gardens and other cereal crops. They have received training in disability rights and inclusion. Farmers like Nyeko have also been trained in sustainable agriculture, nutrition, hygiene, sanitation and gender and community relations. Nyeko belongs to a community group who meet and discuss issues that affect them and how to improve their livelihoods.

Nyeko now uses a wheel chair, given to him by NUDIPU, to access his gardens. He is now confident in himself and the community no longer focus on his disability but on what he is able to do for himself.

Last season, Nyeko planted soya beans and an assortment of other vegetables. His harvest enabled his family to have enough nutritious food and the surplus was sold for income. He was able to send his two children to secondary school and the other two were able to sit their exams without being disrupted for non-payment of school fees. Nyeko says:

“I am very proud of Send a Cow and Big Lottery for their kind support. We were neglected people. No one cared for disabled people. Even other programmes did not mind about us. It was worse in the camp. We simply existed but today we are living meaningfully; supporting our families and our families loving us back.”

Nyeko sees a bright future ahead. He belongs to a savings group is saving on a weekly basis. He is hoping to make enough money to build an iron-roofed house and buy a better wheel-chair. He is not worried about getting to market. He is now a renowned vegetable farmer in his community and people come to him home to buy produce. He says:

“I wish everyone could grow more vegetables. There is high demand for them. Besides, they improve the nutrition of everyone and stop one from getting sick all the time. My family is happy with me because I brought Send a Cow to the family, which is really helping to focus on utilizing our land for a better future.”