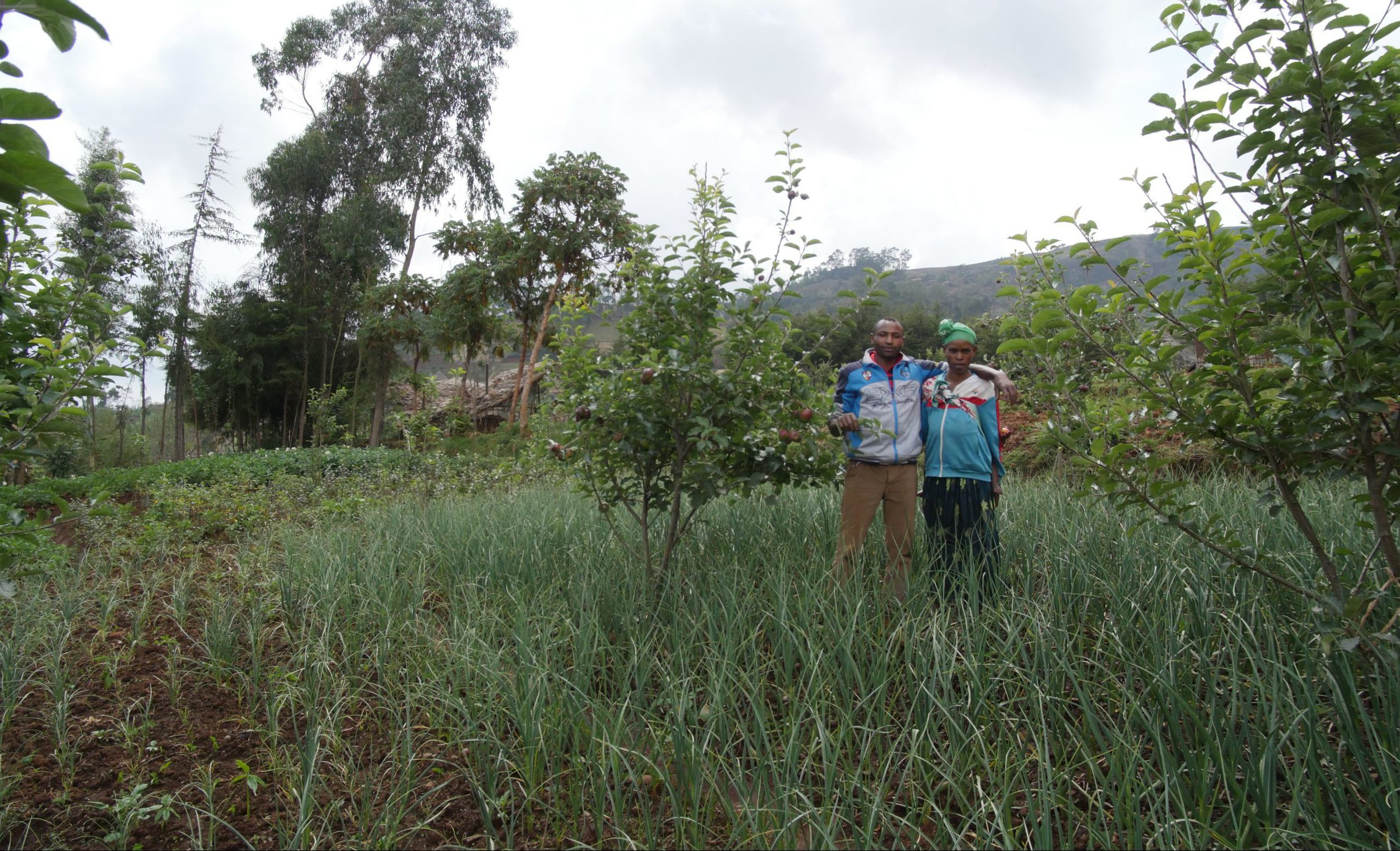 A man with a plan

Weche Wantisa (30) has the most beautiful and organised farm, with terracing, fodder planting along the boundaries and raised beds. He lives in Gamo Gofa, Ethiopia with his wife, Almaz, and their four children.

"Before the project I was wandering here and there with my friends and peers and I wasn't using my time productively. After starting with Send a Cow I started to plan for my small plot of land - before, I had no plan!!

Weche is illiterate and only has a small plot of land. He used to worry about how he would overcome these challenges and make an income for his family.

"Before I joined, I heard the news of improvement of farmers in another Send a Cow project. I wondered how these farmers had changed their land. I didn't understand how they had done it. When I heard that Send a Cow was starting a new project in this area, I applied and joined."

Amongst the training that they were given, soil conservation and sustainable agriculture were the most important to Weche; "since that knowledge, I have been able to produce continually year on year with no interruption. Improved animal management training is helpful - I really like it, so I will pass this training down the line to the next generation. It will not stop here."

"Now I grow fodder, the livestock are healthy. The cows I have bought since starting with Send a Cow I have fed properly and sold one for 15,000 Birr (£426) which paid for my new house."

"I tried to do a little research on markets and the productivity of land in a small space. After that I chose garlic, which I decided will have a better sell, and it produces better in the dry season."

Weche has many plans for the future. He wants to open a shop to sell his produce; buy a motorcycle which he will rent out and use to take his produce to the shop; and buy a grinding mill for barley.

"When I was a little boy, my father had an old piece of land. The Government took it for training. Even if we had lots of land we were poor. After this project, I know how to produce from a small plot. Even if my land size was to reduce in the future, I don't mind as I have the skills to make it work. Long live Send a Cow."