On 19 October 2021, Send a Cow supporters took action for climate justice, standing alongside hard working families in rural Africa who are experiencing the effects of the climate crisis first and worst.

The petition, signed by 26,000 supporters and handed in to number 10 downing street, asked the UK government to act now to implement crucial policies to reach their target of cutting greenhouse gas emissions by more than two-thirds over the next 10 years. Without these, it will be too late for farmers in rural Africa.

The climate crisis is destroying the lives of those least responsible for it right now. In rural Africa, families are going hungry as vital crops are lost to extreme weather like flood and drought.

Not only are we working alongside families in rural Africa to fight hunger in the face of the climate crisis, we are now working together to champion change for the long-term.

We hope to report back with a response from the UK Government shortly, but in the meantime, Send a Cow will be taking four policy asks to COP26 taking place in November 2021.

Thank you to everyone who signed the petition and being part of our growing movement.

Home » About » Our action on the climate crisis » Climate Crisis Petition 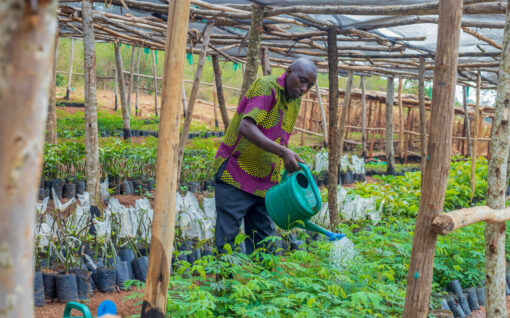 The impact of the climate crisis on African farmers' lives 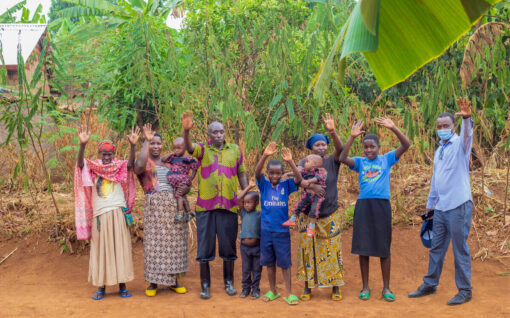 A Rwandan farmer's view of the climate crisis 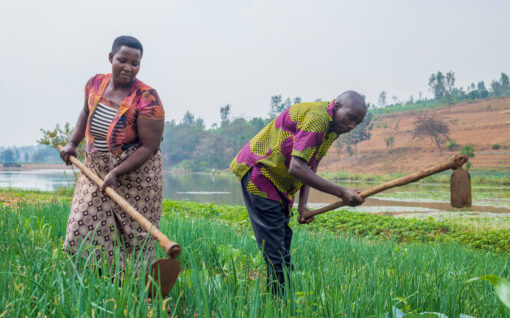 Listening to farmers on the front line of climate crisis

Home-grown solutions to the climate crisis