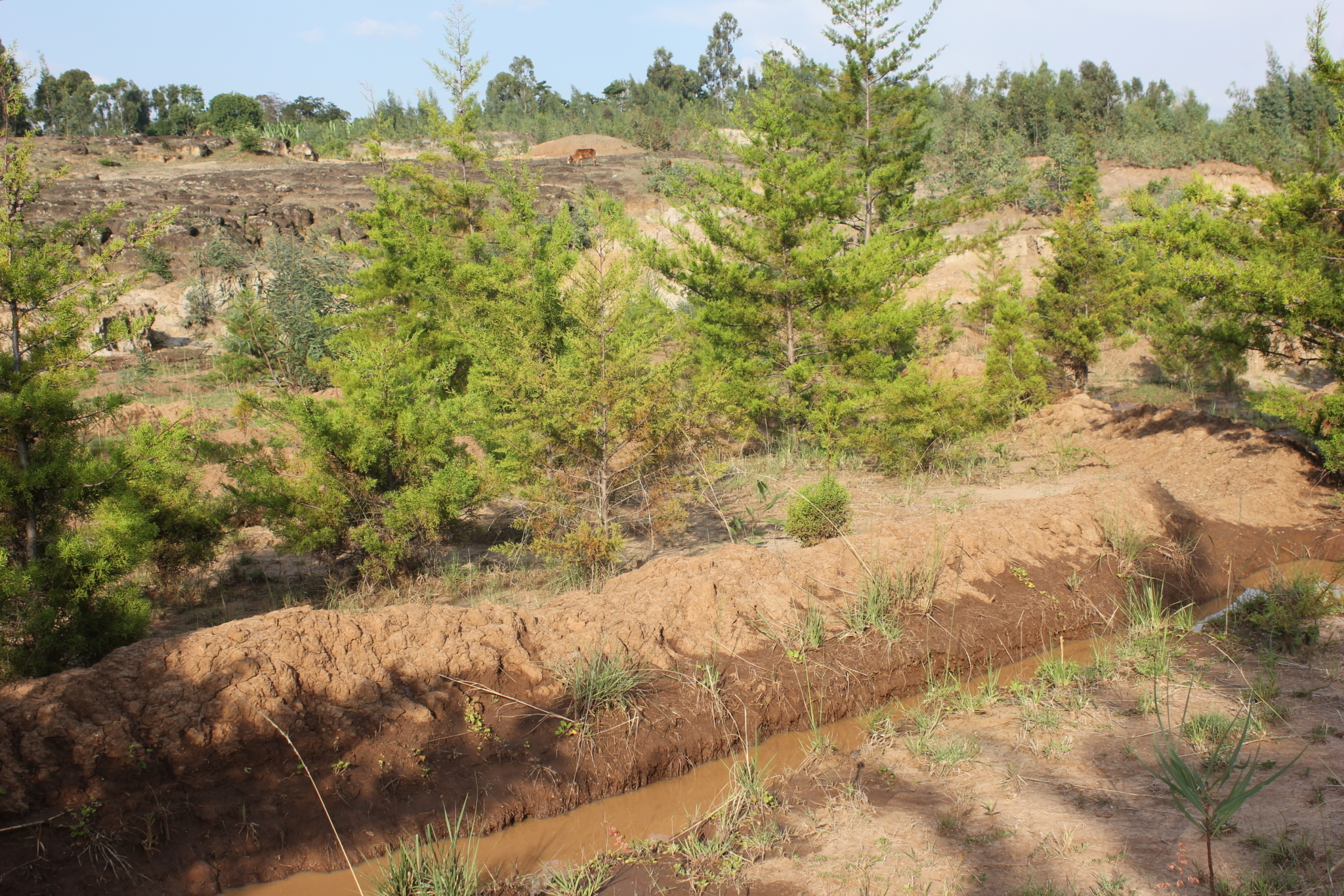 Each farmer who begins working with Send a Cow is placed in a Self Help Group (SHG). One group in Ethiopia has come together to restore eight hectors of land.

Members of Self Help Groups support one another as they develop their own land and farming practices. After one year, the group selects two members to represent them in what’s known as a Cluster Level Association.

Cluster Level Associations (CLA) are registered with the government, so are recognised outside of the remit of an NGO. They are allocated degraded land within their local area with the aim of restoring it for the communities’ benefit. The land can be used collectively by all the farmers once it’s fit for purpose.

One such CLA is Ediget, situated in the Wolaita district of Ethiopia. We have been working in this area for six years. Our current project, BuReCo (Building Resiliant Communities), has started 13 CLAs. Natural resource manager, Merihun Mengistu, has been working closely with CLAs such as Ediget since it was formed two years ago:

“Ediget means ‘development’ and they’ve certainly lived up to their name.”

Ediget is made up of 9 SHGs, totalling 120 members. They were given eight hectors (roughly 11 football pitches) of land by the Government with the purpose of regenerating it, making it fit for purpose and useful to the community. Each SHG makes a monthly contribution to the CLA to help fund the restoration project. Since their formation two years ago, Ediget have achieved so much. They have built trenches to conserve rainwater, rejuvenating the soil. They’ve planted 5000 trees and 1200 grass cuttings, preventing soil erosion and creating opportunities to sustain new ecosystems. The transformation over those two years is clear:

“It’s an amazing transformation made possible by this group’s hard work. Each member volunteered three days a month for two years to achieve this.” -Merihun

Their hard work has spread to the wider community, far beyond Send a Cow’s potential as an NGO. The leaders of Ediget saw a problem with transporting the seedlings, funded by Send a Cow, to the degraded land, far from any maintained roadway. Using their local knowledge and connections, they managed to mobilise the community outside the CLA to help build a road directly to their land.

This forward-thinking attitude has allowed Ediget to achieve a level of local engagement that Send a Cow could not have done as outsiders. The CLA members are using their influence to involve more people and make the project a part of everyone’s life.

The changes to the land and the renewed community participation is only the beginning of Ediget’s project. They are eager to use their new knowledge of fruit and vegetable planting on this land as well as build fences to contain livestock. Both will be sold collectively for the good of all members and the communities surrounding the land.

The farmers who formed Ediget are soon to graduate from Send a Cow, meaning Merihun will no longer support their enterprise. But he is confident they will continue to flourish beyond the support Send a Cow has given, developing their plans independently. They are already planning to create new Self Help Groups using Send a Cow’s model to root their enterprise deep into the community.

Merihun says Ediget is just one of 10 other CLAs he’s working with, who have been given land for restoration purposes. That’s 80 regenerated hectors in Wolaita which will continue to flourish through the hard work of those who’ve been taught by Send a Cow.